How Do I Admit I Have A Problem? 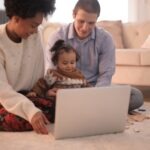 Addiction is a difficult illness to conquer for several reasons. Chemical dependency often renders one’s body and mind incapable of functioning without continual usage of the drug they abuse. Moreover, admitting one has such a problem is usually far easier said than done. Unfortunately, however, this action is the first major step one must complete if they plan to one day achieve sobriety.

There are many holding false beliefs that chemical dependency is something individuals can turn on and off whenever they so desire. In reality, the truth is that addiction is an established disease impacting one’s cognitive, mental, and emotional capacities. Furthermore, many people might want to stop and realize that their behavior is adversely influencing themselves and others but simply cannot.

Admitting One Possesses An Addiction

Persons in the throes of dependency are often too focused on their addiction and the associated consequences to take the time to stop and realize that a problem exists. Therefore, addiction treatment professionals urge anyone with any type of burgeoning dependency to pay close attention to possible signs including:

Persons with addictions typically grow increasingly isolated. Such solitude usually permeates into numerous aspects of the subject in question’s life leading them to avoid family, friends, neighbors, and co-workers. Additionally, said individuals often withdraw from activities and events they once enjoyed.

Individuals should be concerned if their performance at work or school deteriorates or they neglect common social, familial, or community-related obligations.

One’s addiction might be reaching problematic stages if they engage in odd or dangerous behaviors. Such actions include unnecessary risk taking or placing themselves in potentially hazardous environments.

Those with drug dependencies often go to great lengths to try and hide their addiction. Therefore, they often find themselves lying, cheating, or stealing to mask or excuse their actions.

Focusing On The Drug

As an individual’s dependency grows more intense, their focus gradually shifts to obtaining their next fix. In most instances, satisfying said cravings will eventually become more important than anything or anyone else. In turn, the addict will do whatever is necessary to get their hands on the substance they are dependent on.

Those holding significant addictions often make excuses for their behavior. For example, if confronted about their habit, they may justify their substance abuse on the everyday stressors they face or a particularly trying event they are dealing with at that time.

As a dependency flourishes, said malady will often impact the subject in question’s personal aesthetics. They might offer a disheveled look, dress in dirty, creased, and unkempt clothing, and neglect their personal hygiene.

One with a moderate to significant or longstanding substance dependency often experiences health issues including:

Furthermore, lasting or severe addiction might precipitate serious medical maladies such as cardiovascular disease, cognitive problems like the inability to concentrate and memory loss, in addition to neurological issues like slurred speech or nerve damage.

Drug dependents also stand at greater risk of overdosing on a given chemical. This is due in large part to the fact that said subjects continually use increasingly large amounts of the drug to illicit the substance in question’s desired impacts.

What Actions Can Be Taken?

The first action one must take is to be honest with themselves. If they recognize any of the preceding issues in their behavior, they need to realize that they likely possess a dependency requiring some form of treatment. Once this admonition is made, the individual under scrutiny must further admit that they are willing to seek the necessary help to successfully treat the problem.

Those committed to overcoming their demons are then urged to seek counsel from their loved ones, medical professionals, and addiction specialists. Said individuals can help the recovering person determine how serious their problem is and help them identify the most appropriate course of treatment.

Reaching Out To Us

Persons who believe they hold a substance dependency are encouraged to reach out to us. The treatment professionals working for our Wilmington, Delaware establishment can assess one’s circumstances and help them identify the best form of treatment. Call us at 302-842-2390.