How Long Does it Take to Become Addicted to Meth? 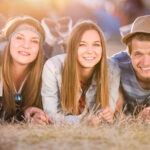 People hear about the dangers of various addictions as they go to school and live in the world. However, people sometimes fall into dangerous addictions and can face serious consequences later in life. People can take legal and illegal substances, such as alcohol, marijuana, heroin and even meth. Some people wonder how long it takes them to become addicted to meth.

After all, some addictions take a while to form, like alcohol or smoking addictions. On the other hand, other substances can lead to addiction sooner, so you must understand the dangers of meth and how quickly people become addicted to it.

The Dangers of Meth

Before you learn how long it takes a person to become addicted to meth, you must understand its dangers. First, if you become addicted to the substance, you’ll need to spend money on it constantly. On top of that, you can face multiple side effects that could negatively impact your life.

Since it poses so many dangers, you should risk the substance in the first place. However, people sometimes believe they can try a substance once since it won’t lead to addiction. Despite that point, the same doesn’t apply to meth, so you must understand its dangers.

How Meth Affects You

As you understand the dangers of meth, you can avoid it and see why it remains a dangerous substance. You can learn by seeing how long it takes for someone to become addicted to it alongside the physical, mental and emotional effects. Keep yourself educated and discourage others from trying the substance.

A Single Dose Leads to Addiction

You can’t mess with meth since a single dose can cause people to become addicted. While some substances take a while to affect someone and cause addictions, meth stands out as a terrifying drug since it immediately takes effect. If you take a chance with it, you’ll instantly feel the pull to retake the substance. Such an addictive substance will instantly take hold of your life and lead to more issues. Not only will you spend money to get the drug, but you’ll become desperate to always have it. That means you could change and do things you would’ve never done in the past.

The addiction will control you and lead to serious health problems. For example, meth will affect your lungs and even shorten your life span. You also run the risk of overdosing, which can lead to your death if you take too much of it at once. In short, every time you take meth, you put your body at risk. To make matters worse, meth tends to cause severe damage to teeth. Doing the drug can quickly lead to your teeth facing pain and eventually rotting away and falling out. From these drawbacks alone, you should avoid meth in the first place.

While people tend to think about the physical side effects of meth, they must consider the mental and emotional impact. For example, a person can find concentrating difficult while constantly dealing with addiction. Instead, they must think past the addiction to try and accomplish anything they need to do. On top of that, people feel dependent on the drug.

They end up feeling depressed when they don’t have the drug and even become aggressive when they go a long time without it. Some people can even experience anxiety and paranoia based on the situation, so make sure you don’t get involved with the drug. Meth remains a terrifying substance that people can quickly become addicted to, so you must avoid it.

Since a single dose will make you addicted, you must stay away from it and never try the drug. If you need help overcoming your addiction or want information on how to assist someone who struggles with meth, you should call us at 302-842-2390.