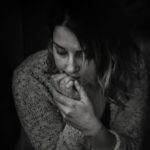 When used properly by following the advice of a doctor, opioid-based prescription drugs have been used for decades safely and effectively. It’s a powerful solution for relieving pain. The most common forms of prescription opioids are codeine, hydrocodone, oxycodone, morphine and fentanyl.

But permanent brain damage is a real possibility when opioids are abused over time or when a person suffers a one-time overdose. Furthermore, people with pre-existing conditions of the brain can suffer even greater negative consequences.

Why Opioids Damage The Brain

The reason opioids can damage the brain is that they deprive it of life-giving oxygen. Opioids are depressants. They slow down the rate of breathing and the heart rate which circulates oxygen. The result can be hypoxic brain injury or anoxic brain injury. The first is a reduced flow of oxygen to the brain and the second is complete deprivation of oxygen.

A New Kind of Brain Disease

Medical experts have long known about the danger opioids pose for the brain. But in recent years, a new condition has been identified. It’s called toxic brain injury. An array of symptoms can result from this condition depending on the level of severity. These symptoms include memory loss, headaches, back pain, neck pain, mood changes and cognitive impairments, such as difficulty solving common problems.

Death can result from severe cases. Toxic brain injury can be contracted from prolonged and overuse of opioids in addition to a sudden and/or one-time overdose. The part of the brain that receives the most damage is the frontal lobe. That’s significant because this is where most higher functions originate, including critical thinking, emotional intelligence, organizational skills and attention span.

People already suffering from brain injury or disease are especially vulnerable to the oxygen deprivation produced by opioids. The most common condition of the brain include:

Opioids may be especially damaging for people suffering from brain infections, such as meningitis. Not only will it make this disease worse, but opioids can also greatly increase the chances of getting meningitis in the first place. That’s because opioids suppress the body’s natural immune system.

In addition to brain infections, the use of opioids makes it more likely a person will contract other bacterial infections, such as pneumonia. A recent study published in the Annals of Internal Medicine provided significant evidence that opioid use makes people far more susceptible to all kinds of infections, from those that develop in cuts or wounds to those that attack the lungs. Frequent opioid users are also less able to fight off viral infections, from the common cold and flu to the Covid-19 virus.

All treatments for opioid-induced brain damage begins with a full-stop of their use. For people that are addicted, that entails a difficult journey to end their psychological and physical dependence on this drug. Getting clean from opioid addiction is difficult and the relapse rate is significant. According to the National Institute of Drug Abuse, the relapse rate is between 40 and 60 percent. However, that also means that half or more opioid addicts are able to stop completely and stay off the drug. Those who relapse can also take additional treatment and try again.

Medical experts are increasingly calling for an increase in what they call “parallel treatment” modes to deal with opioids and their effect on pre-existing conditions of the brain. Very often, substance abuse is ignored or missed as a diagnosis when doctors treat brain diseases because the symptoms of opioid-induced damage can be the same as natural causes.

Even highly trained specialists working in brain injury treatment facilities tend not to consider substance abuse as part of the problem. An increased focus on more comprehensive parallel treatment modes will go a long way in helping more people recover.

Of course, the best way to deal with opioid addiction to prevent it from happening in the first place. That’s why strong education and awareness programs are more important than ever to encourage more people to avoid using opioids, even if pain or medical conditions indicate their use. Despite the recent surge in opioid addiction cases, the future looks brighter as the general circulation of opioids has been drastically curtailed as awareness continues to grow and new solutions come forward. Call us at 772-266-5320.

Why Should I Go To Intensive Outpatient After Residential?